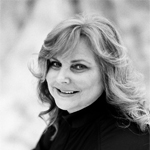 As an adolescent, Angela Longstaffe was a champion ring tennis player, loved handball and worked as a lifeguard. She was one of the first clients at Body & Soul Health and Fitness in Vancouver, BC. Originally, she was referred to the fitness facility by her doctor to assist with pain. She recognized Body & Soul Health and Fitness as a vibrant business and became a silent partner for 3 years.

In 2001 Angela became more involved on a daily basis, and in 2003 became the sole owner. In 2011, after many years of running the business, Angela took the first step towards retirement. Although she is now less involved in the day-to-day running of the business, she continues to oversee key decisions and manage the strategic direction of the company. 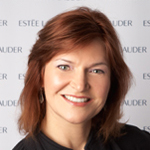 Lisa’s change in career happened in 2003, after working in various senior positions in Marketing, Purchasing, and Market Research in the Foodservice industry. She has really enjoyed this change in pace and thrives on assisting clients with bettering their own physical and mental wellbeing. The area of Workplace Wellness has held a great deal of intrigue for Lisa and is something she has researched and liaised with others over the past few years. She is working towards bringing more wellness initiatives into the workplace, especially small business.

Lisa has been active all her life in various activities, especially as a figure skater. She was a member of the Toronto Cricket Club’s Precision (synchronized) team that competed at the Canadian level, with her team winning gold medals in 1993 and 1994. In addition to Pilates and Yamuna Body Rolling, she enjoys hiking and rollerblading among her recreational pursuits. Lisa has been a long-term (close to 30 years) volunteer in various capacities at Casey House Hospice, a world-renowned AIDS hospice in Toronto. 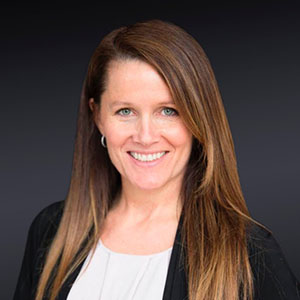 Diane Saucier is the General Manager of Midtown Sanctuaire in Montreal. She has over 25 years of extensive experience as a director, sales manager, owner and consultant with roles ranging from sales executive, exercise specialist, clinician, to the overall management of large multisport fitness clubs and community centers.

In 1995, Diane owned her own fitness studio before assuming the role as Sales Manager with GoodLife Fitness Clubs Montreal. Diane joined Midtown Le Sporting Club Sanctuaire as Sales and Marketing Director in 1999. After taking time off to raise her family, Diane returned to a full-time career as the General Manager at Mansfield Athletic Club in 1994. Since then she’s worked at Ottawa Athletic Club as a consultant and for Health Systems Group as the Director at Ben Weider JCC. Diane returned to Midtown Sanctuaire as the General Manager in February 2016. 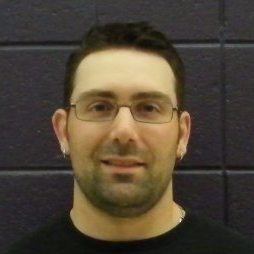 Rob has worked in the fitness industry since 2002. Rob has held many different positions over the years including Kinesiologist, Personal Trainer, Strength and Conditioning Director, Program Manager, General Manager and Director of Operations for several well-known fitness centers.

Rob holds a BSc in Human Kinetics from St. Francis Xavier University. Rob is also a CSEP Certified Exercise Physiologist and a canfitpro PRO TRAINER. Rob lives in beautiful Prince Edward Island with his wife and two daughters and is currently working at Dynamic Fitness in Charlottetown. 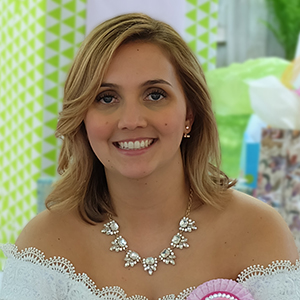 Samantha has been working within the fitness industry since her first year of university. With a B.Sc in Kinesiology, she is a CSEP certified personal trainer with multiple certifications. Working in health and fitness clubs since she was twenty years old, Samantha rose up through one of the busiest private gyms in downtown Montreal. After finishing her studies, she spent four years in her role at the Nautilus Plus Place Montreal Trust branch as their Assistant General Manager. She made a drastic change when the opportunity to work within the non-profit sector was presented. During her time as a Fitness Coordinator at Montreal’s JCC, Samantha created, developed and ran a new department of teen fitness and wellness programs.

Having gained valuable experiences applying her skills within the not-for-profit sector, Samantha has now joined the team at Victoria Park, a one of a kind world-class health club in Montreal, where she holds the title of General Manager. 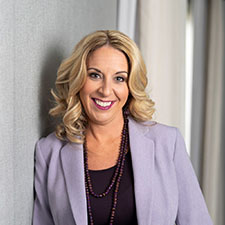 Krishea Holloway is the Vice President of the North America Operations. She is responsible for operational leadership of the North America business and franchise operations team including marketing, training, communication, compliance, and engagement programs. Krishea began her career with Curves as an owner of a Curves Club in 1997 and after creating excellent success at her club was asked by the company to become a mentor to other club owners.

She joined the Corporate support team as a Club Operations Trainer and has held progressive positions within the company including, Sales and Resales management, Country Manager for New Zealand and Australia and Director of Operations for North America. Krishea graduated with a bachelor’s degree in accounting from the University of Hawaii. 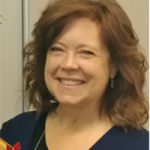 Katherine is the Vice-Chair of the International Confederation of Registers for Exercise Professionals and is working with national partners to establish internationally recognized benchmarks for the registration of group exercise and personal training professionals across Canada. 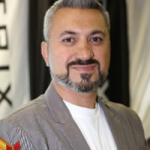 Nasser Obeid, a Canadian Kinesiologist from McMaster University is the President of JHT Fitness Canada; a wholly-owned subsidiary of Johnson Health Tech. International, the manufacturer of Matrix Fitness equipment.

Nasser has over twenty years of international experience in the health and fitness industry. 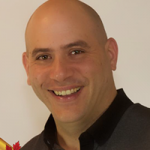 Beginning his career in fitness as a sales associate he has worked through all areas of the fitness world from consultant to gym owner. Working with personal trainers and studio owners as well as big-box fitness, his passion has led him to help others change their lives. 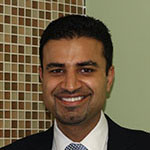 He also oversees all revenue and customer operations as well as marketing and partnership. 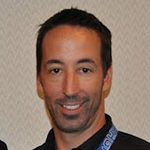 He speaks at many training conferences and as his columns on Énergie Cardio’s Web site. He teaches indoor cycling in his spare time and works as a personal trainer for a wide range of clients, ranging from athletes to clients targeting weight loss. Also, Jean-Denis teaches “sport center management” at Bishop’s University. Finally, but mostly, he loves training for different planned events and also just for the fun of it. 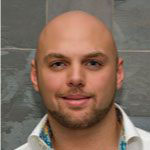 Skye’s educational background includes a B.Sc. in Civil Engineering from the University of Alberta and is a graduate of the International Institute of Political and Economic Studies through Georgetown University. The Kaiss Group strongly believes in community involvement as a key aspect of the success of their fitness business. A partial list of community partners includes the Canadian Diabetes Association, Heart and Stroke Foundation, Multiple Sclerosis Society of Canada, University of Regina and the John Howard Society. 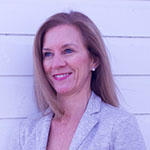 Paula Comfort is a partner at 360impact Group, a North America leader in executive search and talent acquisition focused in the fitness industry. Since 2008, Paula has executed hundreds of search mandates ranging from sales associate roles to General Counsel. Paula believes strongly in building long term, trusted relationships with 360impact Group clients and takes deep interest in candidates she works with.

Prior to 360impact Group, Paula served as the Managing Director of Fitness and Human Resources for Spa Chakra. Paula holds an Honours Bachelor of Science degree in Kinesiology from the University of Waterloo. She has held senior leadership roles in all aspects of sales, marketing and operations. As a results oriented leader, her strength and passion is building high performance teams for clients. Paula is a very intuitive leader that quickly assesses culture, organization structure and her superpower if finding the perfect fit for both her clients and candidates. 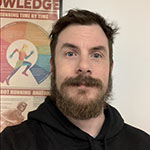 Dino Camire is a husband and father of 3, he has been in the fitness industry for over 15 years, is the President and Founder of One Family Fitness Centre and the Founder and CEO of Bodies by Science Supplements. A lifelong athlete Dino started in Judo as a national level competitor, moving to competing in mixed martial arts professionally. Started competing in drug tested bodybuilding and has competed 12 times since turning 30 years old. He also competes in CPU sanctioned powerlifting events. He is the Winnipeg promoter and event coordinator for WNBF Canada's 2 events each year and promotes drug free sport.

Dino spends his days coaching his personal training clients at One Family Fitness Centre and promoting WNBF Canada and his Supplement company Bodies by Science. He has a diverse client base that is mostly general population members but has coached College, university and CFL athletes, pro bodybuilders, powerlifting competitors as well as professional fitness models and actors. He also coaches people all over the world online through remote coaching. Dino is passionate about making fitness more of a social norm, changing policies with respect to health and wellness and promoting exercise as medicine. He is enrolled at University of Manitoba in his 3rd degree doing a Bachelors of Human Nutritional sciences taking the dietetics path. His hobbies are lifting weights, making music and hanging with his family. Follow him on social media @topcoachdino and his brands @onefamilyfitness @bodiesbysciencesupps 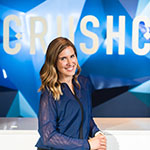 Emily Slaneff is the Founder and Chief Goal Officer of CrushCamp, a boutique studio in Calgary, Alberta whose mandate is to help their members crush their fitness goals. She was inspired to develop CrushCamp after struggling to find her own fitness home - a single studio that would keep her motivated, accountable, and constantly progressing. With two studio rooms and over 4000sqft of space, the mandate of CrushCamp is to offer “training for the high-performance lifestyle” via its 3 class offerings: the signature CRUSHCAMP HIIT class which utilizes the Technogym SKILLMILL to build Speed, Power, and Endurance; a LIFT class to develop focused strength and muscle activation; and a unique, music-driven, athletic yoga class branded CRUSHFLOW created to offer the mobility and flexibility that runners, lifters, and everyday goal crushers need to continue progressing and remain injury-free. Along with her programming team, Emily led the development of all three class types based on the needs and feedback of both herself and her members.

Prior to founding CrushCamp in 2017, Emily obtained her BComm (Marketing) from the Haskayne School of Business and worked for 7 years in digital marketing for multinational brands including Nissan, GoDaddy, and the Calgary Stampede. Not naturally athletic, in her youth she participated in musical theatre over sports, which she believes led to her passion for creating memorable and unique studio experiences. She lives in Calgary and enjoys reading, running, and weekends in Canmore with her husband Ross and labradoodle Elvis.